SSA Company Value – Give Back

SSA would like to share a project with you where we donated our time to help solve an engineering conundrum at a community hospital.

The care facility in Haslemere, Surrey looks after a number of patients, some of whom are former professional sports people. The last place they want to be is stuck inside in wheelchairs, so the families of these patients got together and formed a plan to build an outside raised walkway terrace. This would allow the patients to go through the local woodland on the site in a U-shape. There would be an area at the end of the walkway where patients could sit and read or listen to the birds.

However, initial investigations revealed a problem. A mains cable runs through the middle of the site, so a permanent walkway covering this cable would not be allowed.  They appealed for a structural engineer to help them, and to see if the problem could be solved, and we answered their plea.

Since you cannot have a permanent structure over the cable, we came up with the idea of a rotating bridge. The walkway is divided into sections, and the two sections that cross the cable are rotating bridges. So, if workers need access to the cable, the walkway can be moved to make access possible.

Latest update: It was agreed that the lowest maintenance solution would be best, and so the walkway was re-positioned and re-designed to avoid the cable. A build-up of soil was used to create a removable path over the cable which leads to the steel and timber structure of the walkway.

The steelwork has now been fully installed and the timbers are currently being added. Any potentially visible steelwork will be clad in oak to help the walkway become part of the forest. This will help the patients to re-connect with nature and the simple feeling of being outdoors. 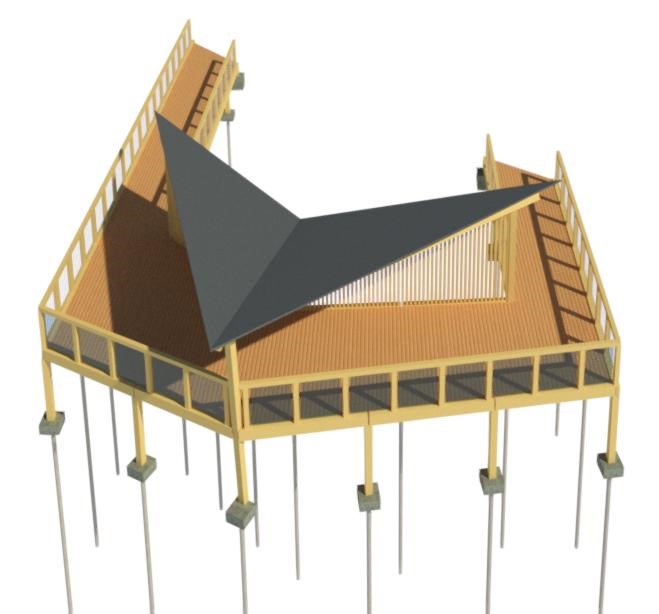 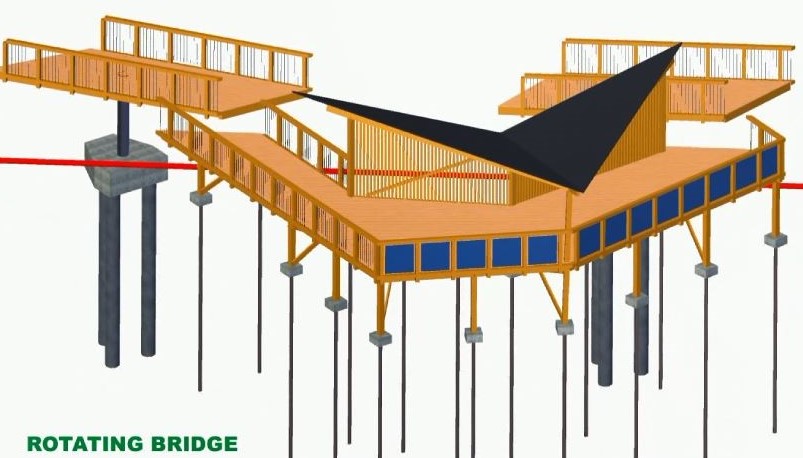 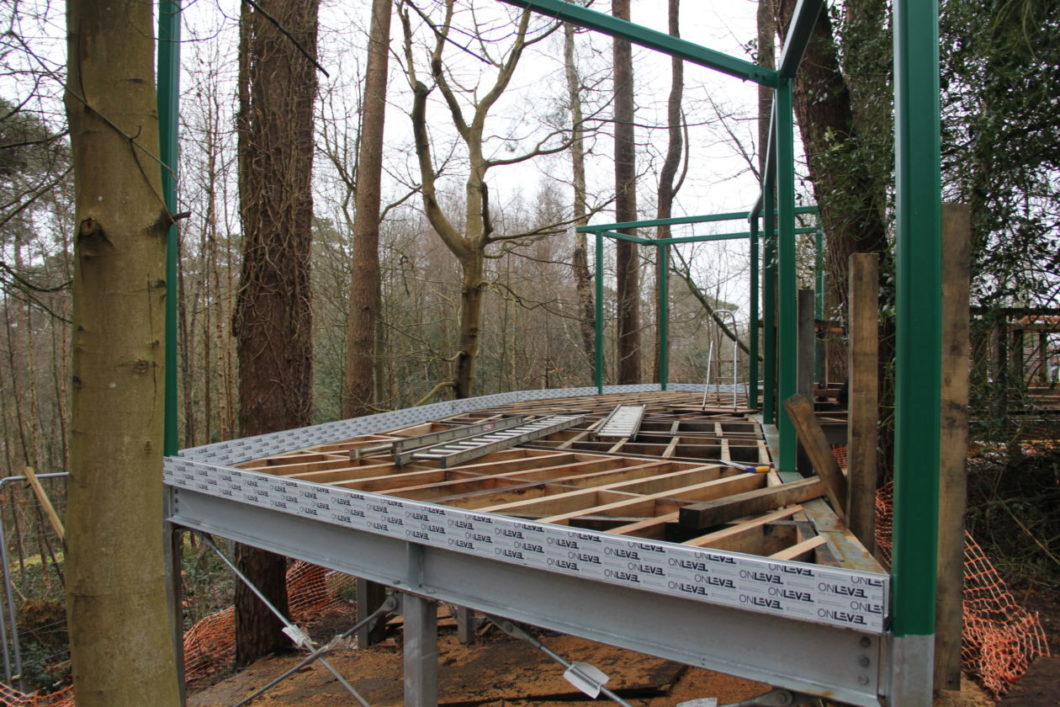 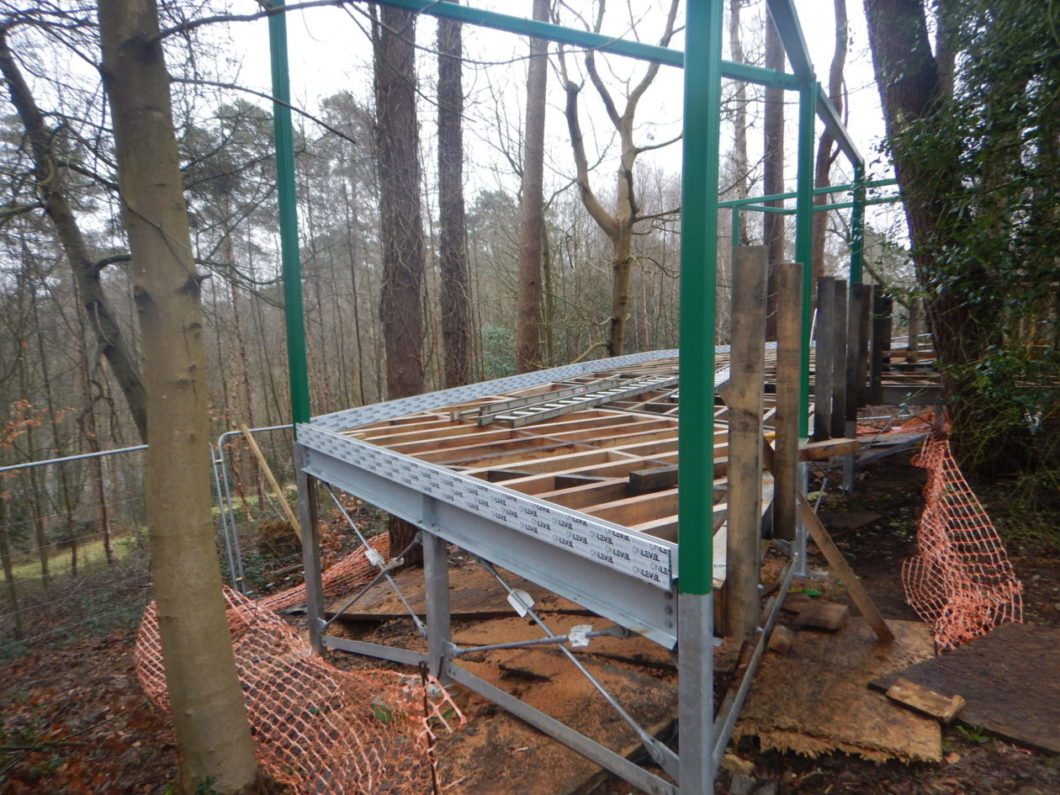 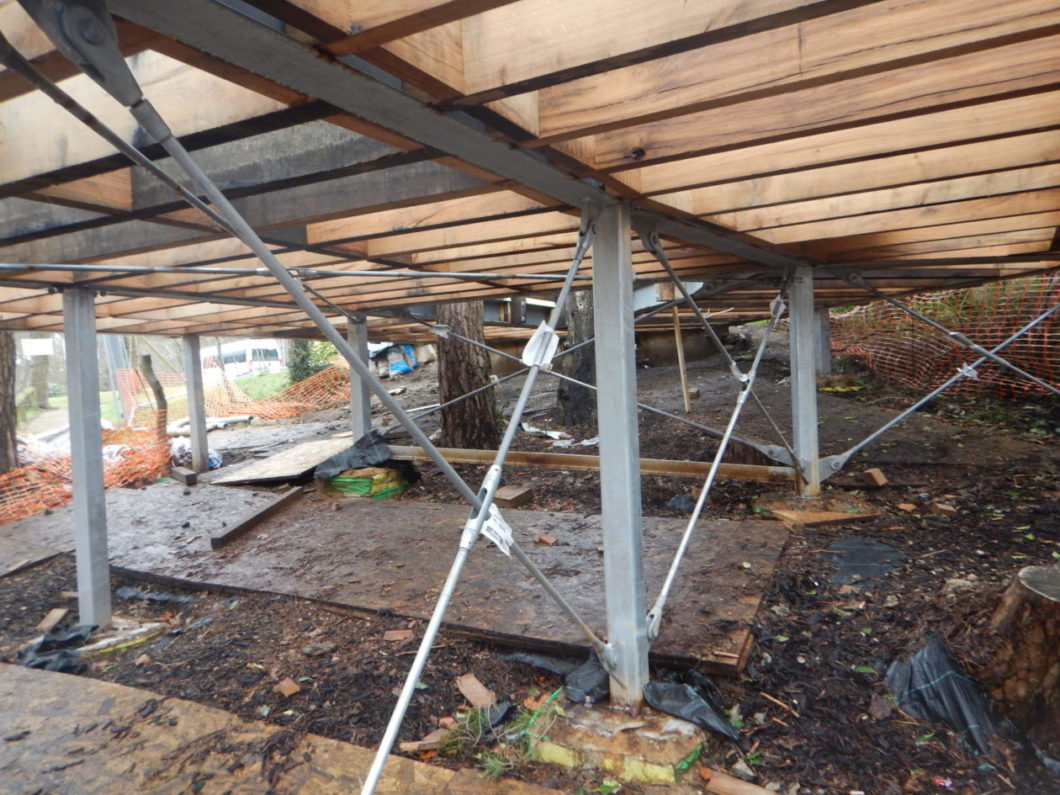 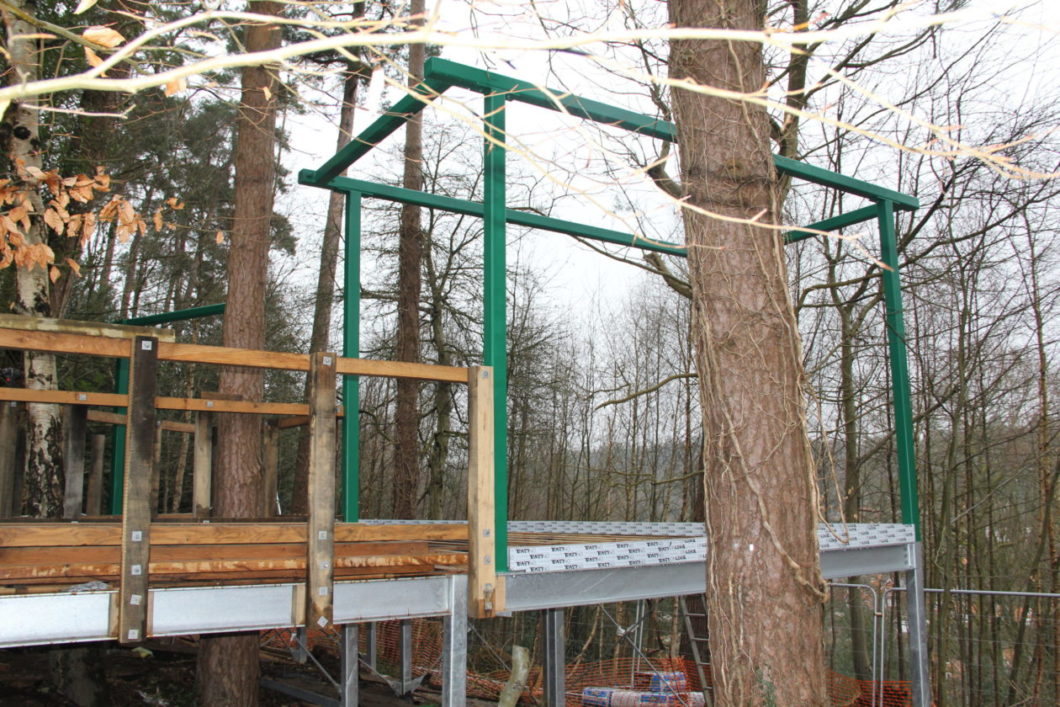 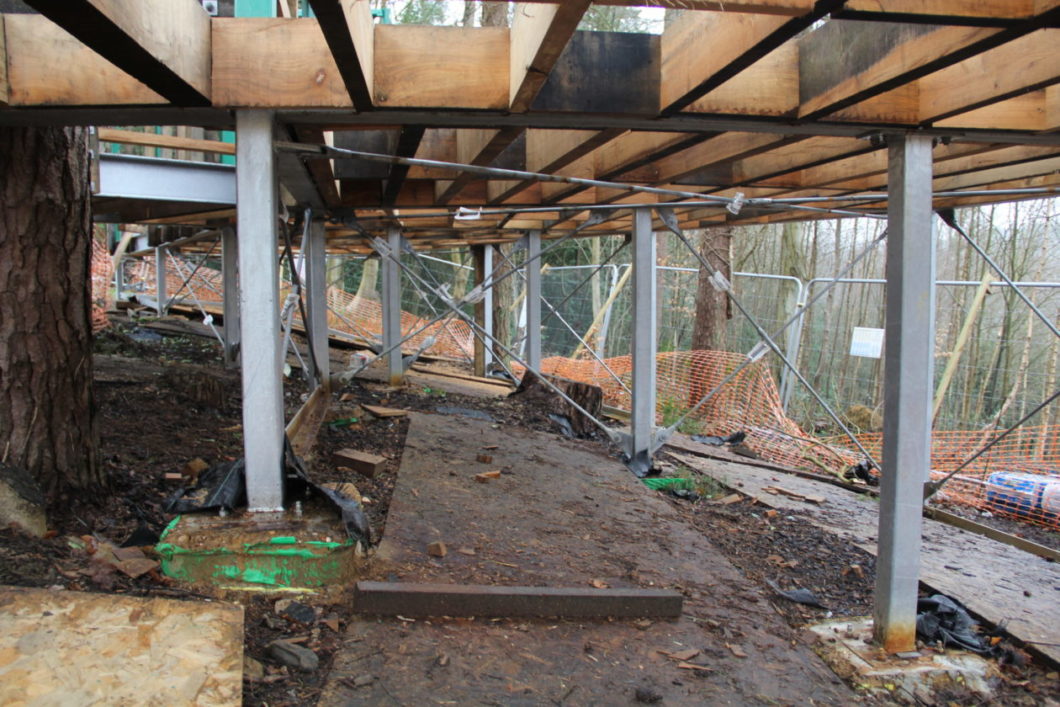 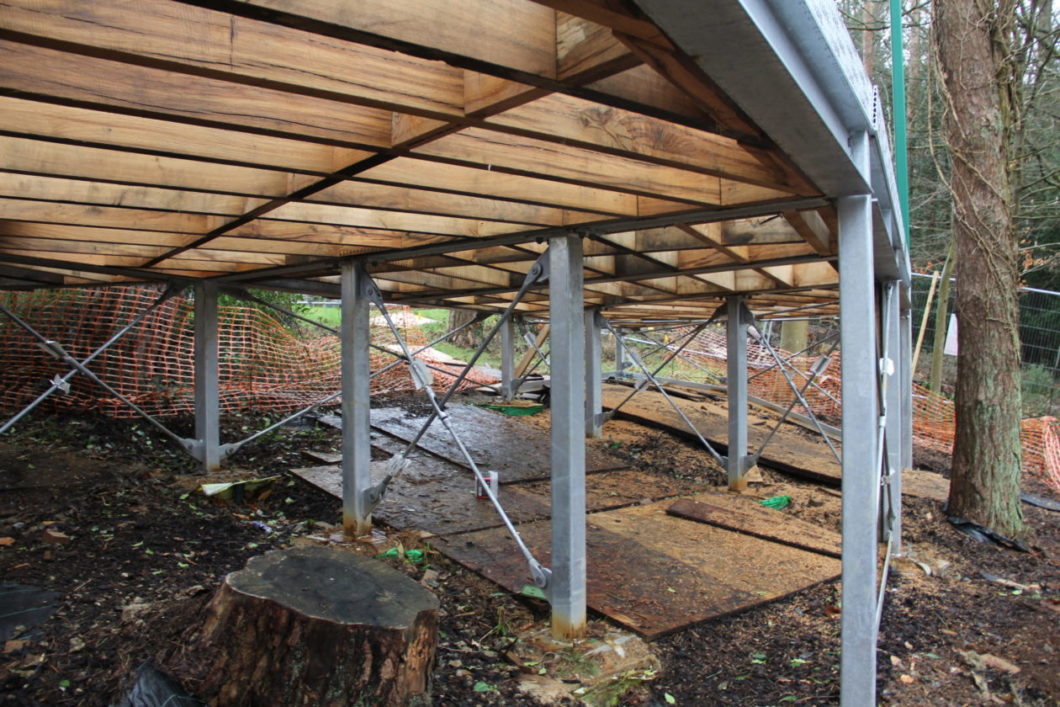