The house is built on a raised platform as it is in a flood-zone which has been devastated in recent years. Hidden beams in the corners of the platform grillage allow the platform to seemingly float, while the piles supporting the house are obscured in the shadows below it. One day, when the flood-zone threatens again, the house will ride above the level of a 100-year flood – and then some – and really will appear to float! In the meantime, our client can enjoy the beautiful scenery in peace, assured by the knowledge that his home won’t be damaged by a flood.

The massive bay windows will ensure river views will be the centrepiece attraction of this house. Similarly, to all the other features, this is enabled by slim and elegantly engineered structure, which is hidden away, almost unnoticed in the finished building. 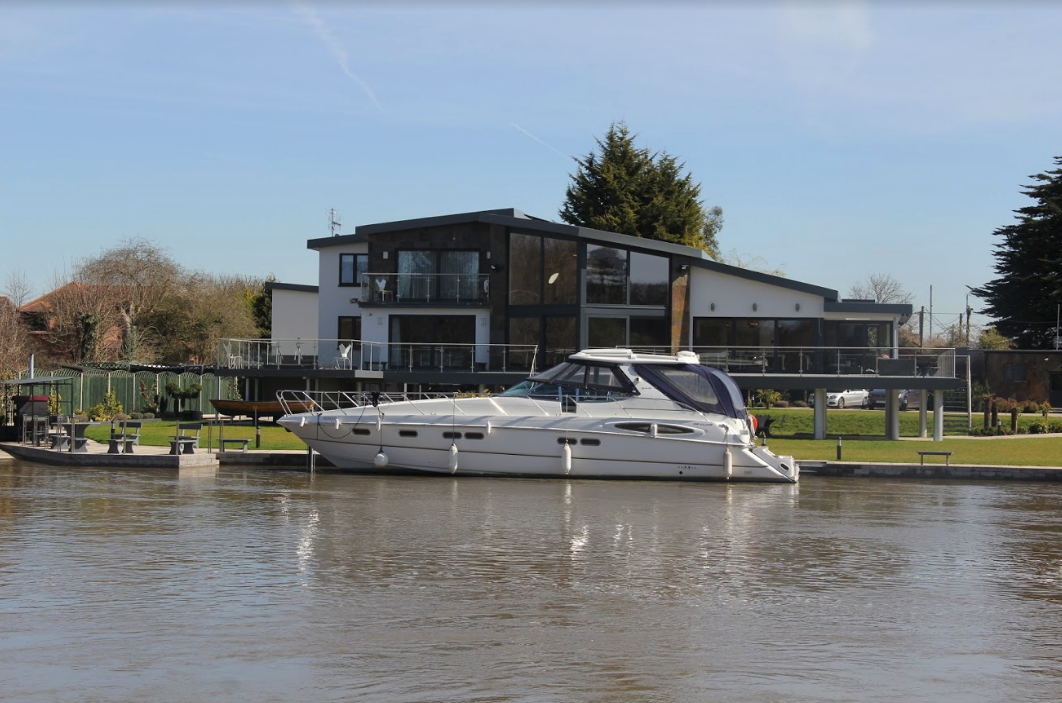 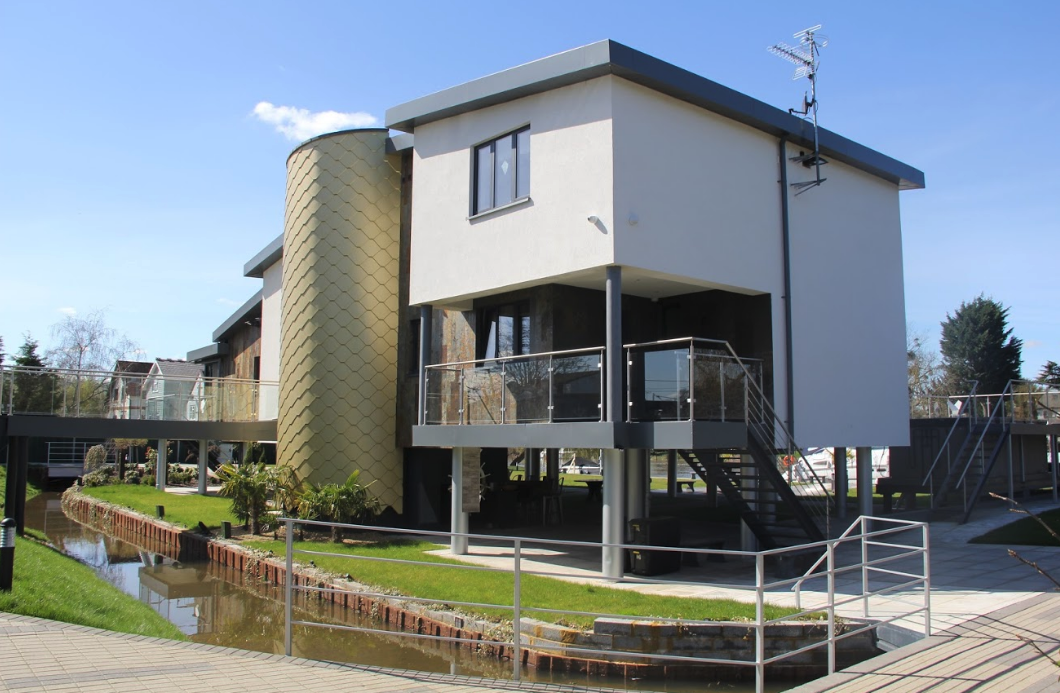 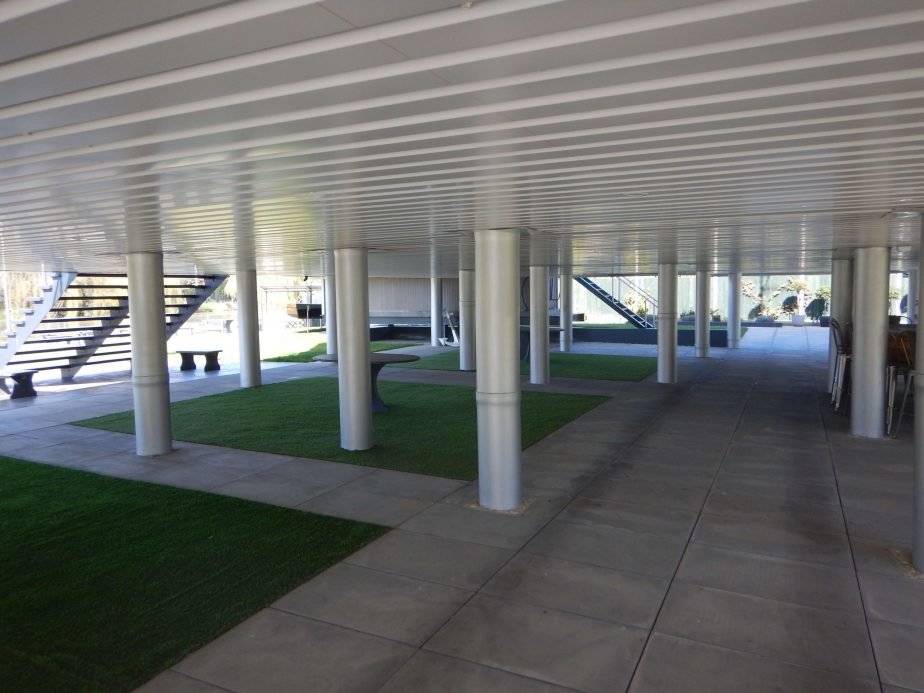 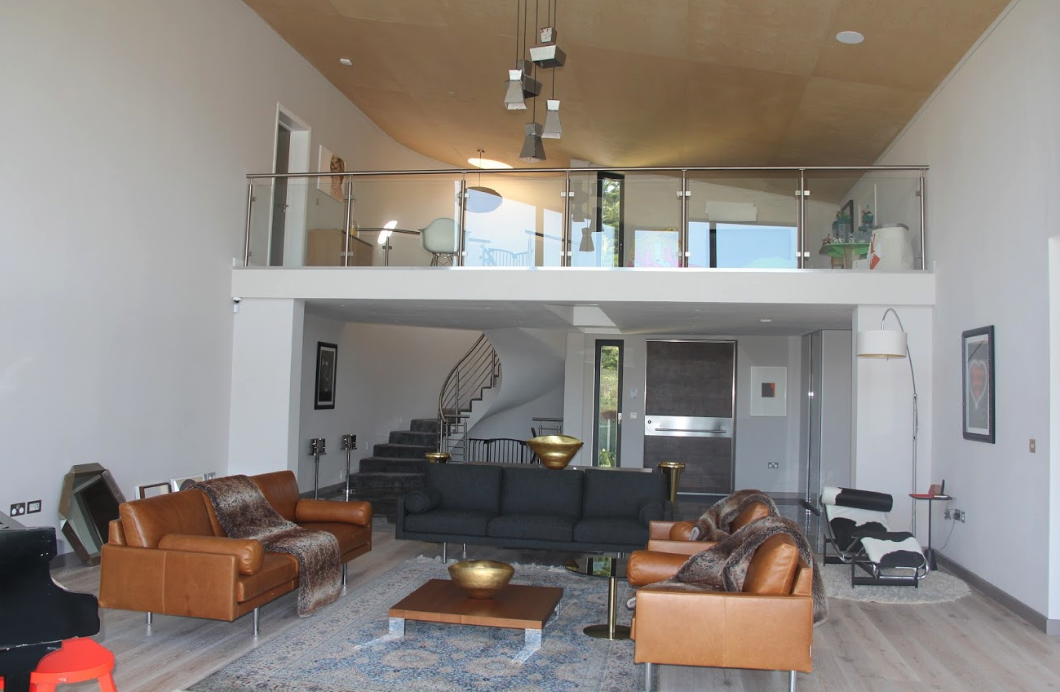