FBFX, a company who produce highly detailed costumes for the film industry, contacted us to assist them with two 3D models they were creating for Madame Tussauds. Contrary to popular belief, these models were not being constructed out of wax, but instead were made as a fibreglass shell, with a partial steel ‘skeleton’ inside.

We were asked to analyse and code-check the steel frame within the batman sculpture would be strong enough to take the anticipated loads. These potential loads included people hanging from the model, pushing the model, or trying to lift the model. Additionally, a heavy leather cape was used (this being the ‘caped crusader’ after all!). The cape would be supported on two steel rods which would extend out from the back of the model.

We re-created the steel frame in our 3D finite-element modelling software and applied the various load cases. We were able to prove that the model would be able to withstand all that could be thrown at it while it was on display.

We also created a 3D model of the supporting rods of the cape to analyse in more detail. We noticed that there were high concentrations of loads in certain areas of the connection, which did not currently have welds. We notified FBFX of this and some additional welds were included in these areas.
The model has now been installed in Madame Tussauds in both Orlando and Sydney. 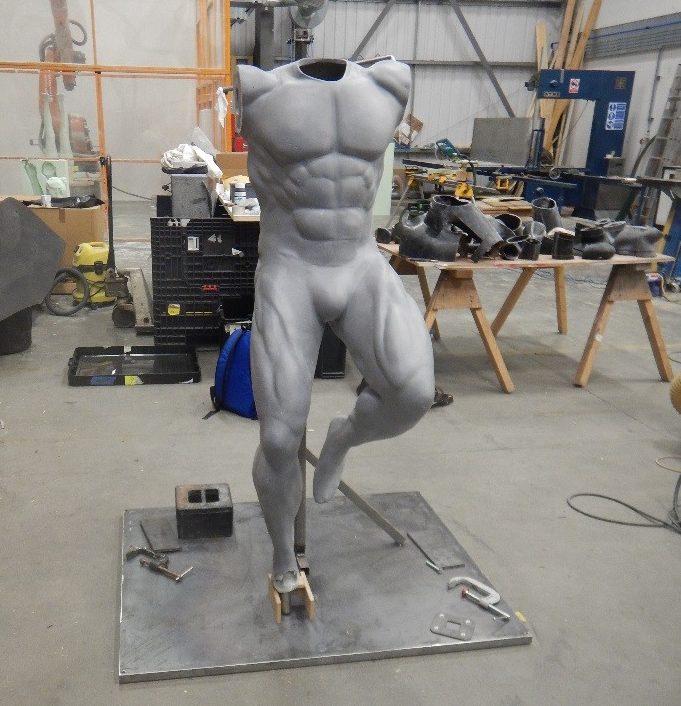 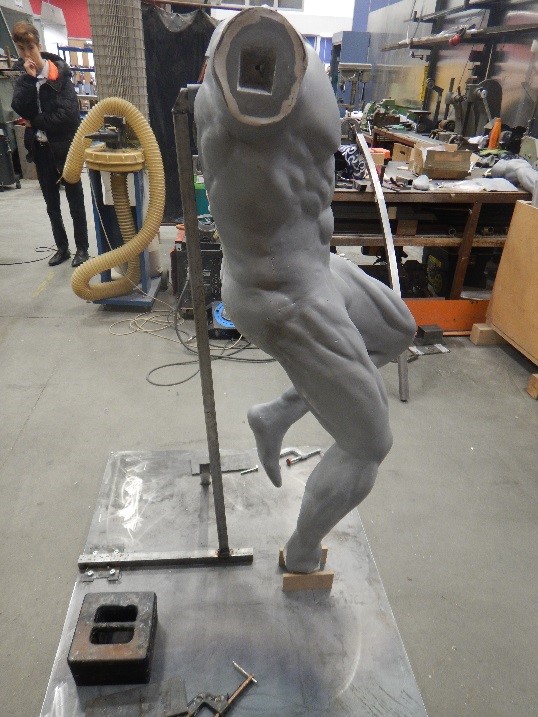 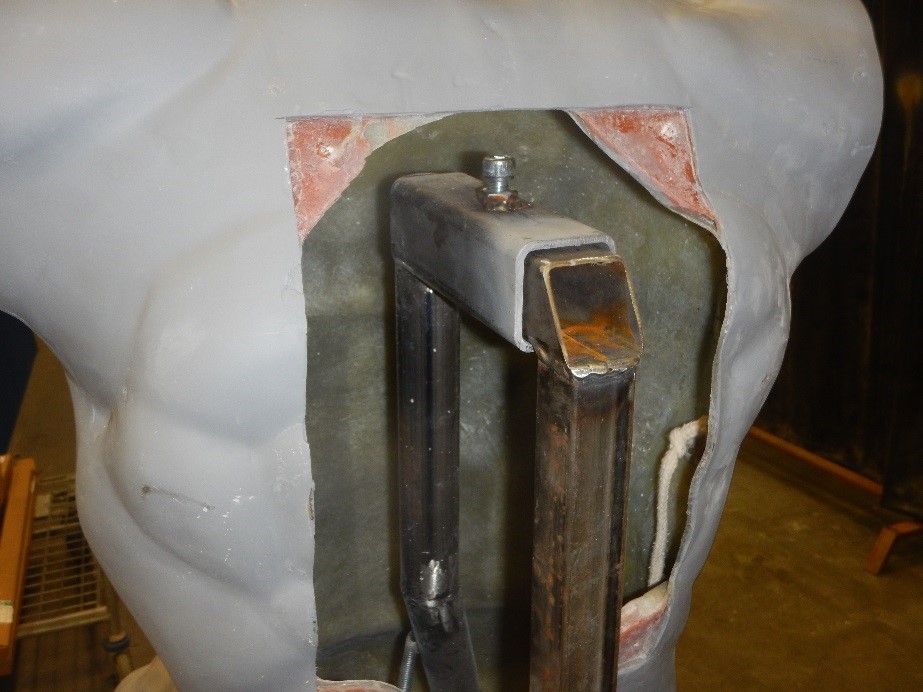 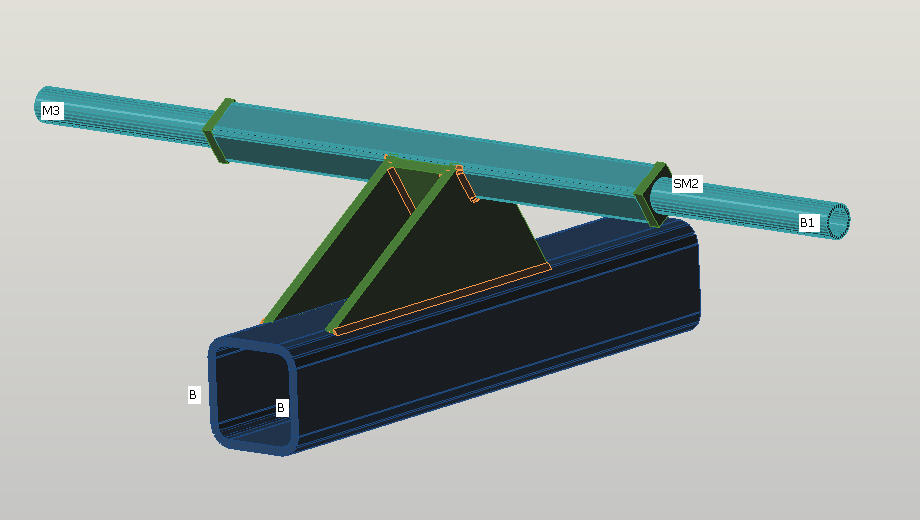 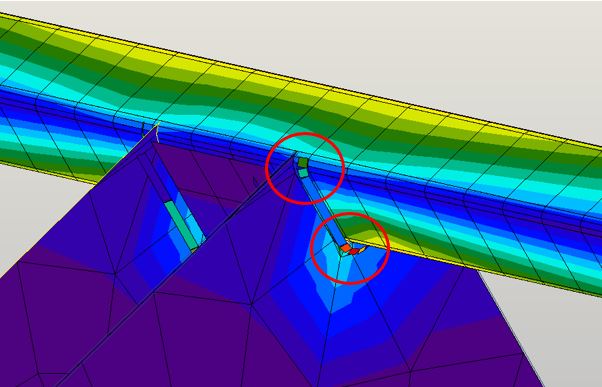 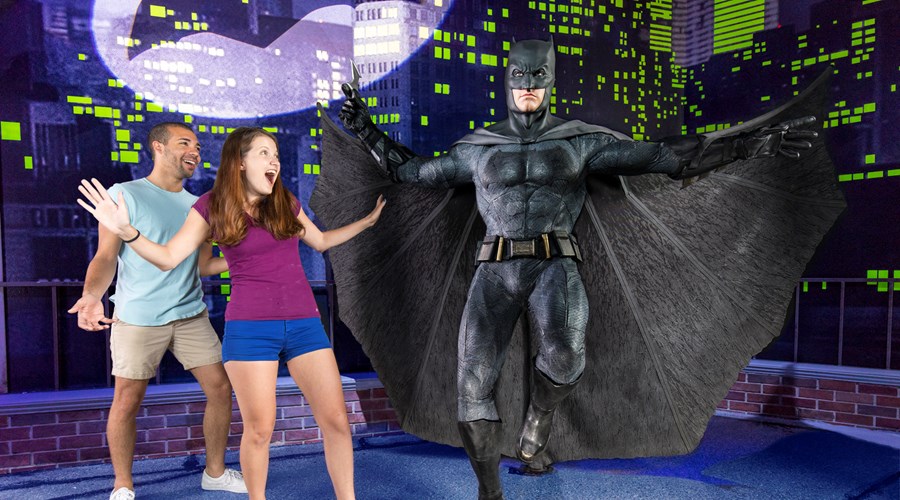